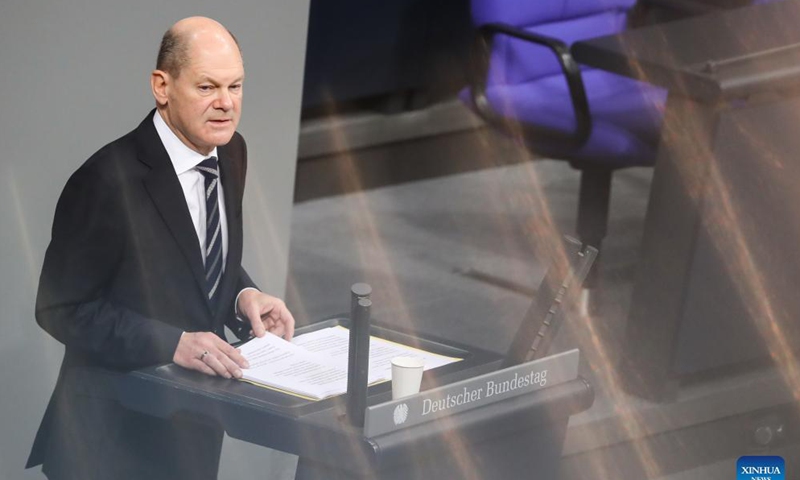 Rational members of the German business sector have continued to give positive signals about China, demonstrating a desire for more win-win cooperation despite there are conflicting attitudes toward China and noises within its government.

Meanwhile, German Chancellor Olaf Scholz said that he will travel to China with a delegation of business leaders in early November, German media outlet Die Welt reported on Friday. However, the potential visit has not yet been confirmed by the Chinese Foreign Ministry…..

Meanwhile, there was an uproar when German business chiefs brought up a proposal to screen all company investment going into China.

“We can only warn against Germany turning away from China,” said Markus Jerger, head of the Mittelstand Association, part of an alliance representing over 900,000 of the small and medium-sized firms that form the backbone of Europe’s biggest economy, Reuters reported earlier this month.

“To put a brake on the German economy’s China activities, as the economy ministry would like, or is trying to do, is the wrong way,” said Jerger.

There is also a growing demand among rational people in the German economic sector for Germany to strengthen cooperation with China. Many are looking forward to Scholz making a visit to China as soon as possible, observers noted….

IMPRESSUM, NUTZUNGS- und KOPIERRECHTE / LEGAL NOTICE and COPYRIGHT INFORMATION
© 2015 – 2022 Trademarks & content:  BVMW or CEAPME or INSME or Markus Jerger. Unauthorized use and/or duplication of this material without express and written permission from this site’s author and/or owner is strictly prohibited. Impressum / publisher´s legal notice : more…